The Soft foot alliance was born in 2016 but really, started its life in a series of observations and profound insights across several years before that. We had worked on the Hwange Lion research project for several year and Brent had specialized in the mitigation strategies around the conflict between people and lions on the edge of Hwange National park. We had built up experience with community work and had started shaping our own ideas around conflict with wild animals.

We had set up some very exciting, novel and some-times very successful conflict mitigation interventions but we always felt it wasn’t dealing with the bigger picture. Our chief welcomed us into his area and gave us land on which to build a home and we knew that it was there, amongst the people living with wildlife, that we would get the deepest insights into what it is that we were preaching……………coexistence.

Knowing that the story was larger than lions, we identified 5 mammalian species that conflicted with the community around us and those were the lion, the hyaena, honey-badger, elephant and baboon. Of course there were more but these were the most obvious. So, armed with a new set of tools including Permaculture and Holistic management we started the journey, broke away from the Lion project and set up our own trust. Firstly we needed to rephrase things. The word “Conflict” sets the ground for hard stances and tolerance goes out the window…so we put on our permaculture-tinted shades and used the principle “cooperate, don’t compete”. We needed to find what we had in common with these 5 species as a starting point. We racked our brains and racked our brains and all we could come up with was that we all had “Soft feet”. And so we named our new organization The Soft Foot Alliance. The logo incorporated the human foot with the tracks of each of these animals as the toes. It looked great and we felt we were onto something.

It really didn’t take very long to realize that it was much bigger than these 5 species of course and in-fact much bigger than species level anything. We soon realized that people felt differently about the situation with wildlife depending on their income, their culture, their crop yield, their understanding of the park etc etc. Suddenly it seemed that it was less and less about the actual animals themselves and more about the people. We realized that the animals and the conflict that people feel associated with living with them are just symptoms of something greater and that is degradation. Landscapes are degrading, community is degrading, opportunities are degrading and although conflict with wildlife is acute at times and no doubt serious……it is but a symptom of a much more complex illness.

We came to see that Conflict between people and wildlife is largely about the sharing of space and the sharing of a finite resource. That “resource” can be crops, water, grasslands and forage and people’s livestock.

It goes without saying that if there is less of a particular resource then the conflict is felt more acutely and let’s not forget, it is not a one-sided story. This competition for a resource is as hard on one side as it is on the other and it really can turn into CONFLICT!

So we took a step back and rethought our strategy……..asking ourselves….

To tackle multiple sources of conflict simultaneously then we concentrate on create whole landscapes of abundance. Abundance biologically speaking as well as abundance in terms of opportunities for people.

The honey badger is a little spoken about species that conflicts directly with people over their poultry mainly but also those that keep bees. It is nocturnal and sports a set of very long claws that it uses to dig under fences and steal chickens. They can climb well and have a ferocious reputation when cornered

The spotted hyena accounts for as much livestock lost as lions. They tend to live amongst people in the communal lands rather than ‘raid’ and return to the protected areas like lions. They don’t tend to be dangerous to people in this area and as such people seem to accept their losses albeit bitterly

Baboons are by far the most challenging species in terms of conflict with subsistence farmers because they are smart, have amazing eyesight and can quickly learn your techniques. Baboon will raid crop fields and eat all your food whilst deploying decoys and other advanced strategies when dealing with people.

Elephant are the most widely spoken about source of conflict because they are very large, sometimes dangerous and can do a lot of damage to a field in a single night. They are very intelligent, but much success can be made with adaptive mitigation methods including chilli bombs and fences and bee-hive fences.

We are all companions and we, as humans, must be innovative in finding ways to not only survive, but thrive together.

Are you ready to help? 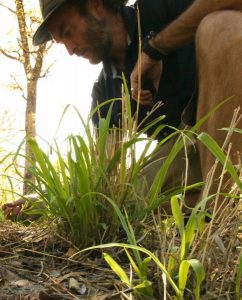 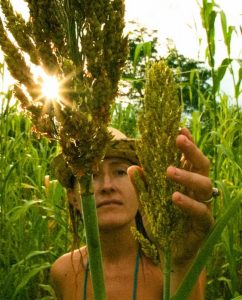